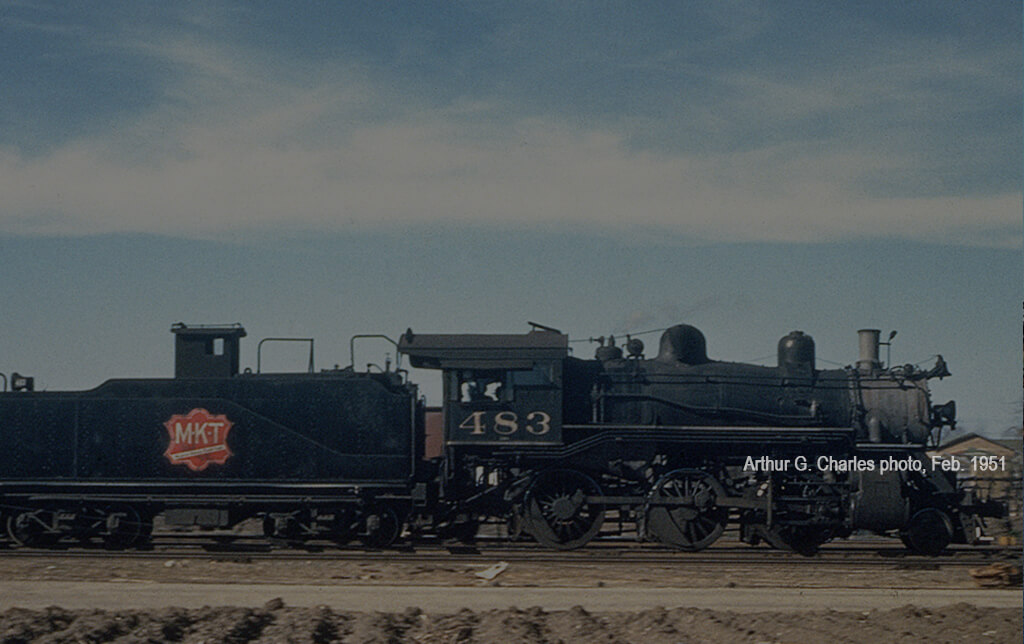 Katy did not have the most powerful or the largest roster of steam engines. But they were always clean, trim and well maintained. The running boards and wheels were trimmed in white, standards that were maintained till the final days of the iron horse. The trademark red and white M-K-T enameled steel herald on the engine tenders made Katy steam power standout from all others. This first appeared on two Pacific Type passenger engines around April 1928 and on the first freight and yard switch engines beginning in 1938.

The Katy engine roster showed mostly small and medium engine types during the steam era and included some of the first 4-4-2 Atlantic types in the country. Ten 2-10-0 Russian Decapod types were assigned to the Katy during WWI but no known photos exist of these engines in service. All would leave for other railroads with engine number 8010 going to the Frisco and renumbered 1623. A few narrow gauge road engines appeared on the Katy roster when the East Line and Red River R.R. was purchased in 1881, this line was converted to standard gauge a short time later. The 2-6-0 Mogul type was most favored in numbers, the Katy likely owned more of this type than any other railroad in the country. Four of these engines from Grant Locomotive Works were on the roster in 1873 with engine number 508 the last steam engine used in service on the Katy after more than 50 years of service when removed from the engine roster in 1954.

The largest engines used by the railroad would be 4-6-2 Pacific and 2-8-2 Mikado types. With the ten Lima built superheated 0-8-0 switchers purchased in 1925, these would be the last steam powered engines purchased by the Katy.Check the Modelers Info and FAQ pages for more pictures and info. 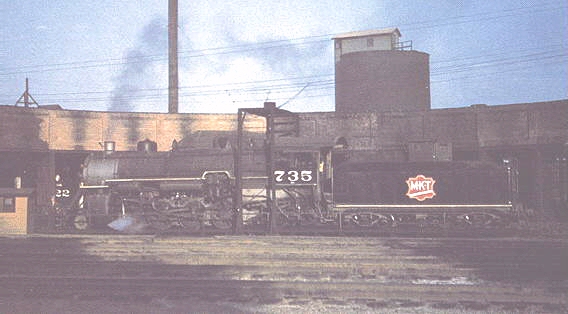 Steam engines were scanned from full size photos out of the
1986 and 1991 K.R.H.S./Missouri-Kansas-Texas Lines Calendars.
Check out the Katy Flyer Back Issues page to order.