Katy Waycars Made Of Wood, Steel Braced Wood, Then All Steel.

Home / Katy Waycars Made Of Wood, Steel Braced Wood, Then All Steel.

Though the caboose faded into history, the Katy had some of the best remembered in the Southwest.

Though many were painted in standard caboose and boxcar red, the bright Sloan Yellow cars from the steam and early diesel period were the most distintive. Best remembered were the outside braced caboose, both standard and drover type. The Katy purchased many of their early wood cabooses from American Car and Foundry, St. Charles Car Co., Missouri Car and Foundry, and the Mt. Vernon Car Company.

Many of the later wood sheath and outside braced cabooses were built between 1928 and the 1940’s with underframes from early box cars built at the Katy Sedalia Car Shop in Missouri. The first steel sided cars were built in Denison and placed into service in 1949. Some of these cabs were still in service at the time of the merger. Twentyfive of these were rebuilt into extended vision cars in Denison around 1981. Other than a few leased Alaskan Railroad cabooses, the last series of cars purchased were extended vision types built by Darby Corp. and the International Car Company

The small graphics lining the left side of this page represent a sampling of cabooses from the Katy. Clicking on the thumbnail will give you more information and a larger picture.

Information on other Katy cabooses can be found in the KRHS publication, M-K-T Lines Description of Equipment. Also from the Caboose Corner Series in the Katy Flyer from March and June 1987, June 1991, June 1993, June 1996,. And the KRHS Helper Service from the September 1989 Katy Flyer.

THIS PAGE IS UNDER CONTRUCTION

Some links may not work, Thank You 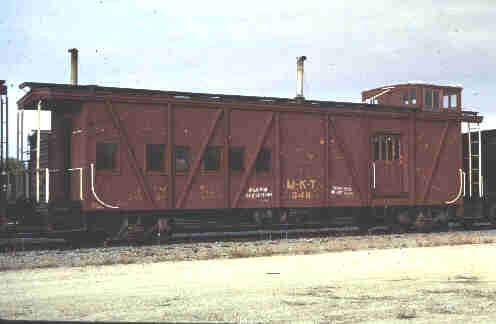 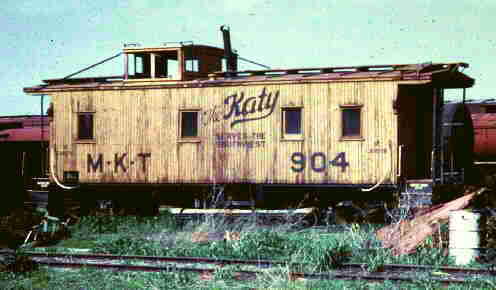 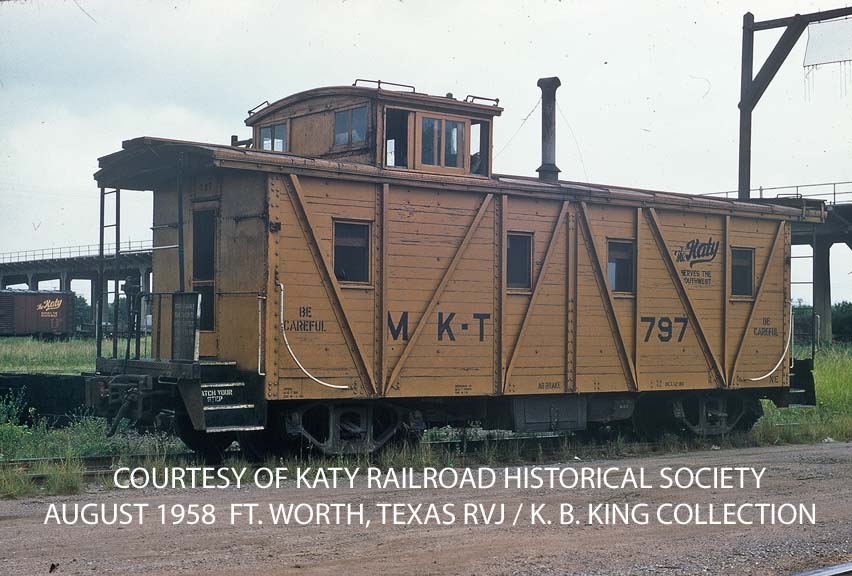 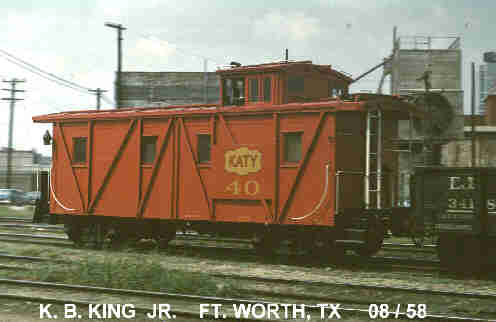 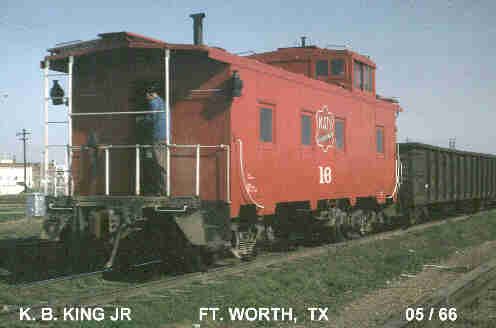 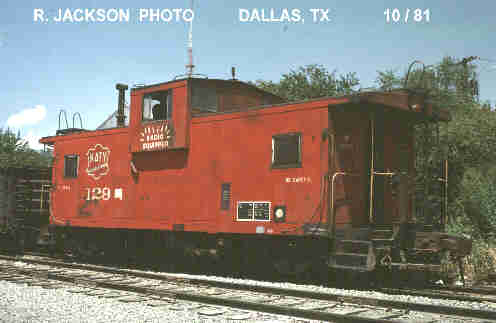 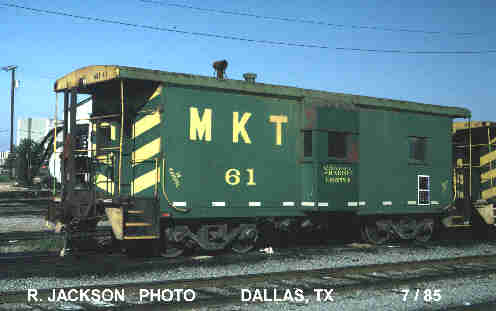